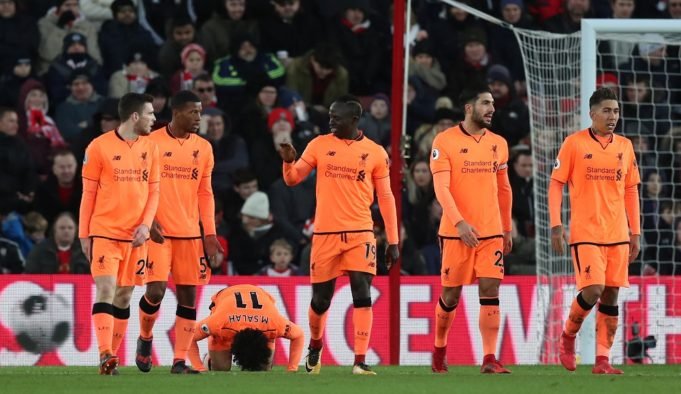 The Forward has been in outstanding form this season

Since joining Liverpool from Roma for an initial fee of around £35 million last summer, Mohamed Salah has massively exceeded all expectations. He has been outstanding for the Reds, scoring 43 goals in all competitions this season and inspired his team to reach the Champions League final where they will face Real Madrid.

The Egypt International won the Premier League Golden Boot after scoring 32 goals in his debut campaign and was recognized for his incredible campaign by claiming a Player of the Season double at Liverpool’s end-of-campaign awards.

The 25 year old’s outstanding form this season has seen him linked to Real Madrid and the have have also hinted that they are interested in him. Though the Premier League giants have made clear they want to keep hold of their player as Jurgen Klopp wants to build the team around him.

Former Barcelona Forward Rivaldo wants the club to sign Salah this summer and believes the player is close to reaching the levels of Cristiano Ronaldo and Lionel Messi.

When asked which Premier League player Barcelona should sign before next season, He told DailyMail.: ‘Salah. He’s a great player. He is a game changer.’

Rivaldo, who made 157 appearances during a five-year spell at Barcelona, also believes the former Chelsea man is capable of reaching the level of Ronaldo and Messi, but will find it more difficult due to the competitiveness of the Premier League.

He continued: ‘If he isn’t there, he’s close, but he needs to keep it up, like they do. I hope he does that as well, in other championships, that it’s not just a one championship thing.

‘He has to keep what Ronaldo and Messi kept for 10 years – he’s very close now. He’ll face more difficulties as the Premier League is harder than the Spanish Championship.’