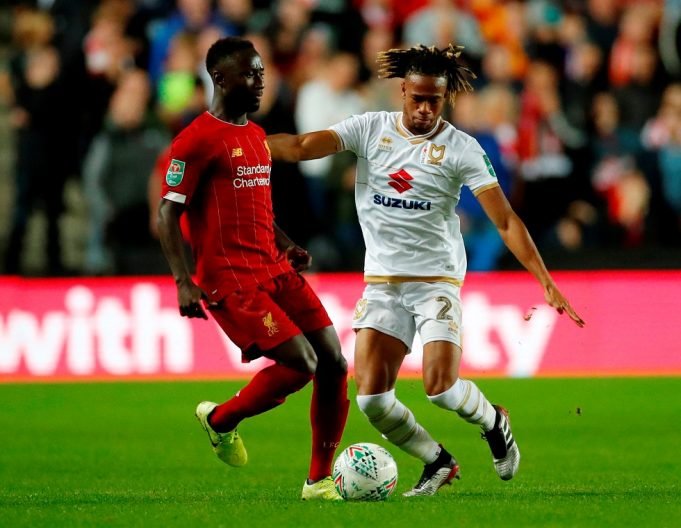 According to the latest reports, Naby Keita is looking to move out of Liverpool in search of more playing time.

AC Milan are reportedly monitoring him from a distance, given his struggles to break into the Reds first team.

Jurgen Klopp has clearly given midfield trio of Giorginio Wijnaldum, Jordan Henderson and Fabinho more responsibility than his €67m signing from two seasons back. Keita has failed to live up to the hype, appearing in just 9 Premier League games this season. Even Alex Oxlade-Chamberlain has enjoyed more playing time despite going through a serious injury last term.

Fans and the head coach might be starting to give up on Keita, who previously impressed so much at RB Leipzig. He undoubtedly still has the talent in him. His energetic runs through the middle, dribbling past opponents and setting up the team’s attack is still valuable. At 25, Klopp can hope to keep him on but a player will only tolerate sitting on the bench for so long.

SempreMilan claims that AC Milan have previously scouted Keita. Liverpool already have a replacement in mind – Wolves’ Ruben Neves. The Portuguese would be an outstanding arrival if Liverpool manage to get a deal for him over the line. Whether they will be able to recoup all of Keita’s transfer fee, remains to be seen.