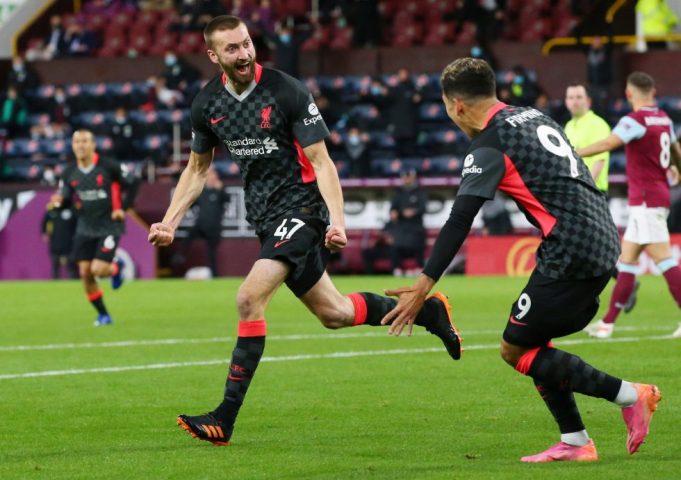 Nat Phillips is unsure about his Liverpool future.

Despite playing a full season as a starter under Jurgen Klopp, the defender is sceptical about keeping his place at Anfield.

Liverpool just signed Ibrahim Konate from RB Leipzig and will have all senior members returning from injury next term. Virgil van Dijk, Joe Gomez and Joel Matip are all clearly ahead of him in the pecking order when fit.

Speaking to the Liverpool Echo, he said: “I think the situation is, initially they didn’t anticipate me having the season and putting in the performances that I did do.

“Maybe where they might have thought I was just going to do a job and then they would be able to sell me and I would move on, now they’re having second thoughts. I’m not sure.

“I still need to have the conversations with them and just see if there is a role for me there and what role they would want me to play.

“It would depend on if they saw a role for me at Liverpool and then what role that would be. I would have to decide what is best for myself off the back of that.

“I have loved all of my time at Liverpool up until this moment, to have been taken in by the fans so much this year and have loved having the opportunity to play for the club.

“I have loved every minute of it and would love to carry on playing for the club. But I’ve also got to take into consideration what is best for my career, and that will depend on what role Liverpool see they do or don’t have for me and I’ll have to go from there.”