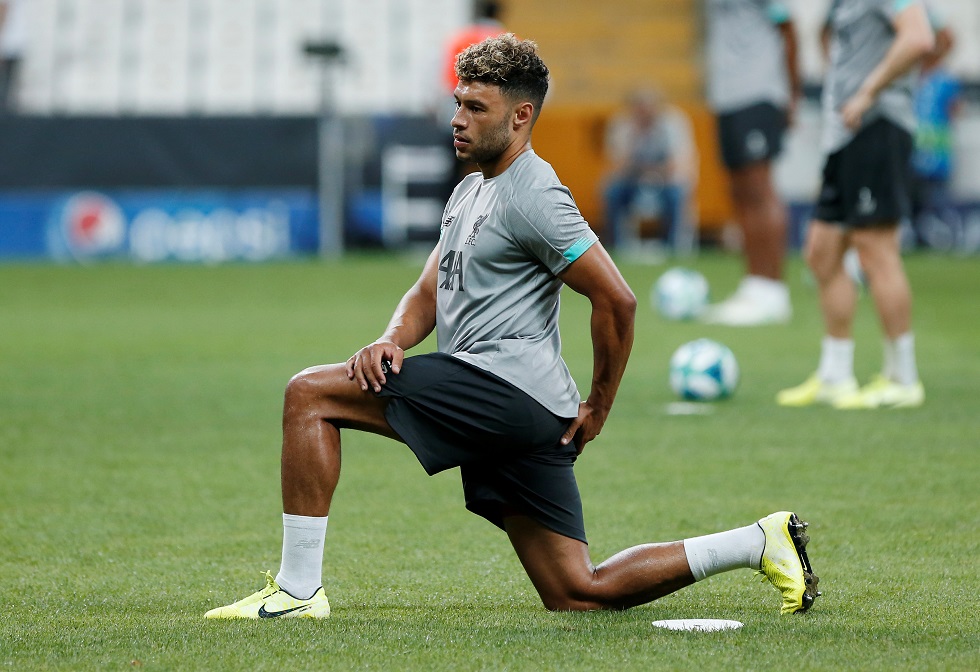 10 players who have played for Arsenal and Liverpool

10 players who played for both Arsenal and Liverpool

The Gunners and the Reds have a fiery rivalry so it’s a surprise to see so many players who played for both clubs.

Jimmy Carter is probably the worst player on this list to have played for both Liverpool and Arsenal. The Englishman signed from Millwall in January 1991 for £800,000.

Kenny Dalglish brought him to Anfield but resigned shortly after which allowed Carter to sign for Arsenal that same year for £500,000. He played only 8 games for the Reds and 25 for Arsenal.

Alex Manninger started his career with SV Austria Salzburg in 1993 and later moved on to Grazer AK. He was brought into the Emirates during the 1997/98 season to serve as a backup for David Seaman.

The Englishman was injured and Manninger was called to cover for him in between the posts. The latter enjoyed a spell of 6 cleansheets, the last of which was the 1-0 match Arsenal won against Manchester United. The Austrian won the Premier League Player of the Month in March 1998.

He continued to play as Seaman’s understudy for the next three seasons, making 64 appearances across the first four. He later dropped further down the pecking order and was sent out on loan to Fiorentina in 2001.

The 33-cap Austria international later signed with Torina and bounced around the European counterparts, even spending 4 seasons at Juventus.

In 2016, he started training with Liverpool to maintain match fitness and signed a short-term deal with the Merseyside outfit. After being denied a chance to play, he announced his retirement on 26 May 2017.

Jermaine Lloyd Pennant was signed from Notts County for £2m which was a record fee for a trainee. There were a lot of doubts about this signing and the lack of his Arsenal career will tell you why.

The winger came in as a 15-year-old in 1999 and over the course of 7 years with the Gunners made just 5 starts and scored only 3 goals. He was notorious for getting caught up in off-field issues which directly reflected on his performances for Arsenal.

The 24-time England U21 international was sold off to Birmingham City for £3m in 2005. Liverpool picked him up for £6.7m just a season later and featured him in 81 games, receiving just 3 league goals in return.

If you are thinking of a low-budget utility player, Yossi Benayoun is the first name that comes to mind. The midfielder was born on 5 May 1980 in Dimona, Israel and represented Arsenal, Chelsea, Liverpool, West Ham United and Queens Park Rangers in the Premier League.

In 2005, the midfielder penned a four-year contract with West Ham United worth £2.5m. Two years later, Liverpool poached him on a four-year deal. Yossi’s first appearance for ‘The Reds’ came in the Champions League match against Toulouse. Several days later, the footballer made his first Premier League appearance.

Just a year later, Chelsea came calling and sealed a three-year deal worth £5.5m. Benayoun only got to feature in eight games for the Blues, scoring just one goal in the away match against Wigan.

On 31 August 2011, the footballer was sent on loan to Arsenal till the end of the season. Yossi took part in 19 games (ten times as a starting squad player and nine times as a sub) and fired four goals.

One year later, Benayoun completed a move on a season-long loan to West Ham United.

6. Nicolas Anelka – players who have played for Liverpool and Arsenal

Nicolas Anelka served 2 years in the Arsenal colours. He was signed by Arsene Wenger during the latter’s first year of being appointed as the club’s manager.

Anelka won the Premier League title in his second season with the Gunners and also the FA Cup and the Charity Sheild. Then he moved to Real Madrid on a £22.3m transfer, which made Arsenal a hefty profit, since he was signed for only £500,000 in 1997.

The centre-forward moved around Europe and eventually ended up on a short-term loan spell at Liverpool. He helped them make a late push for the Premier League title but then-manager, Gerrard Houllier chose against handing the Frenchman a permanent deal.

5. Kolo Toure is one of the best players to have played for Arsenal and Liverpool

Kolo Toure was signed from ASEC Mimosas for £150,000 and what an investment he turned out to be. The former Ivory Coast international started out as a defensive midfielder and sometimes even as a right back during his Gunners career.

He took a fair bit of time to break into the senior side but once he did, there was no turning back. Toure paired up with Sol Campbell at the heart of the Arsenal defence and saw the team through the unbeaten 2003/04 Premier League season.

He later formed a strong partnership with Senderos and led the team to the UEFA Champions League final against Barcelona in 2006. After 7 years of service, 326 appearances and over a reported fallout with his defensive partner, William Gallas, Toure demanded for a transfer in 2009.

Manchester City signed him for £14m and won the league with him in 2011/12 even though he was utilised only as a squad player. Liverpool came calling a year later as the Citizens started to clear the club ranks for younger and more expensive players.

Toure stayed with the Anfield side for 3 seasons and went on to the Europa League final in 2016, playing 71 games for the club in total.

Ray Kennedy is an Arsenal hero during the 60s and the 70s, having won every domestic honour with the club and also with Liverpool.

The centre-forward netted the ball 71 times in 272 appearances for the Gunners. He signed his first professional contract with the North London outfit in 1968 and later won the First Division title in 1971.

After 6 seasons, Kennedy was sold off to Liverpool for a then-record fee of £200,000. The Englishman won the league title an astonishing 5 times with the Reds and the European Cup on 3 occasions. He hung up his boots after spells with Swansea City and Hartlepool United and lastly with Ashington.

Another giant scoring figure at Arsenal who was big at the club but a decade earlier than Ray Kennedy. Geoff Strong was born in Kirkheaton and was scouted out of Stanley United in 1957. He made his debut against Newcastle United in 1960 and went on to score 77 goals in 137 appearances.

Thomas was born in Lambeth, London and grew up to be Tottenham Hotspur fans. He signed for rivals, Arsenal as a schoolboy in 1982. He became a regular at the club from 1987 and recorded 208 appearances in 7 years.

He was involved in a high-intensity title-deciding match in the 1988/89 season between Arsenal and Liverpool. The Gunners needed two goals to become the champions of England and Thomas chipped in the winner in what was the last attack in injury time, handing Arsenal the league title after 18 years.

After a fallout with George Graham, Thomas was sold off to Liverpool in December 1991. He played another 7 years with the Reds before moving on to Coventry City for £800,000.

Alex Oxlade-Chamberlain is the most recent player to have shifted his allegiance from Arsenal to Liverpool.

The Englishman is also the Gunners’ most expensive player ever sold at £35m. He was brought in from Southampton in 2011 for only £15m.

He started out as an attacking midfielder but due to his natural pace, Arsene Wenger converted him into a winger. Nicknamed “The Ox” at the Emirates, the 25-year-old made an impressive start to his Arsenal career.

He showed a lot of creative potential but could never break a pattern of niggling injuries to establish himself as a starter. Arsene Wenger allowed Oxlade-Chamberlain to prove himself in various positions including the central midfield spot and even as a fullback.

The Portsmouth-born player was growing frustrated under Wenger and was looking for more playing time elsewhere. He featured in 198 games for Arsenal before signing for Jurgen Klopp’s Liverpool in the summer of 2017.

Oxlade-Chamberlain was allowed to feature in his most favoured attacking midfield post and turned out to be instrumental in Liverpool’s run to the UEFA Champions League final that season. Unfortunately, the Englishman suffered a major ACL tear and had to be sidelined for over a year.

Liverpool FC Top Scorers of all time (all competitions by season)