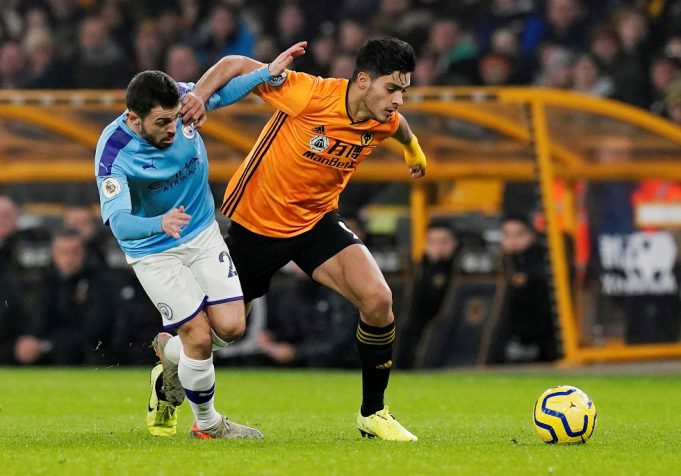 Wolves just completed the double over Pep Guardiola, becoming only the second team to do so throughout his managerial career.

City opened the scoring and even extended their lead after going one-man short with Ederson picking up a direct red. Unfortunately, individual errors and a 10-man side could not hold out the Wanderers resurgence, ending the night 3-2. Jimenez got on the scoresheet along with Adama Traore and Matt Doherty.

“Why not?” the Wolves forward said, via the club’s website, about repeating the result. “It will be a tough game, but we know that.”

Traore struck a thumping effort across goal to give his side hope and then assisted Jimenez to the equaliser. “It’s never easy to come back from two goals, especially against a team like Manchester City,” Jimenez said.

“It’s difficult, but with our heart and our football, we knew this was a very good opportunity for us to win this game. It wasn’t a perfect match, but we played very well against a very good team in Manchester City. It’s difficult to win or even draw against them, but we’ve won both games. So, we are very excited, very happy, and we will enjoy this.”

Wolves’ undaunting approach was noted during there first season back in the Premier League. However, no team has been able to take down Liverpool in the top-flight this season. Will the Wanderes be the first this season? And that too at Anfield?