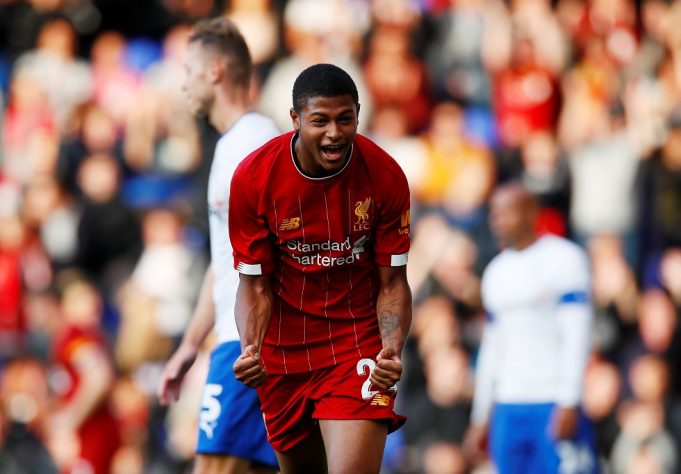 Rhian Brewster is reportedly open to a move to Sheffield United.

The Premier Leauge outfit has chimed in with a serious offer for Liverpool’s academy star.

Brewster has come up through the Merseyside ranks with a lot of hype and praise surrounding him. He impressed for England at youth level and even collected 11 goals in 22 outings for Swansea City last term.

Jurgen Klopp admires the striker’s ability in front of goal but not enough to hand him a starting role. Brewster would much rather play regularly elsewhere than continue to ride the bench behind Roberto Firmino and Divock Origi. With the addition of Diogo Jota, his chances of playing in the first team will continue to deter.

At first, Liverpool thought about simply loaning him out. But after some consideration, they are open to selling him. Expenses this summer has reached close to the £80m-mark and a few player sales won’t be the most outlandish thing.

Sheffield are looking for more attacking threat up front and Brewster could be the ideal man in Chris Wilder’s setup. He is still young enough to adapt to new playing styles while his knack to find the goal will hopefully carry over.