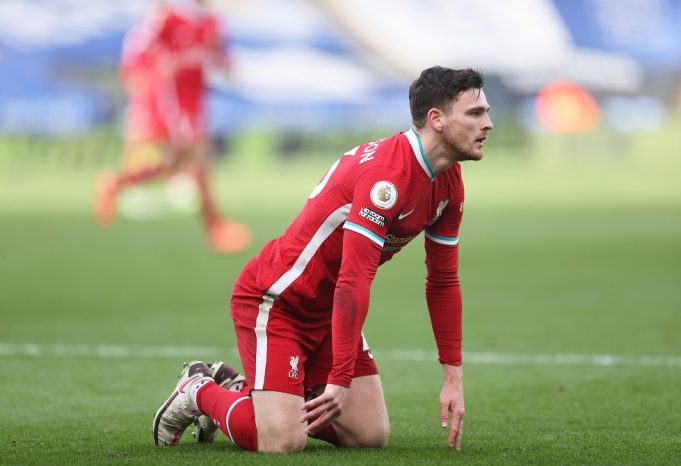 Andy Robertson wants teammates to stop relying on their past.

It marked Liverpool’s fifth home defeat in their 129-year history. Liverpool are seventh in the league now, four points adrift of the top four just a season after winning the title.

“Last season is over with, it is done,” Robertson told Sky Sports. “We have nowhere near been good enough to what Liverpool team should be. We are dropping further and it is not good enough.

Overall, Liverpool failed to convert their chances and were far too vulnerable at the back. If it were not for Timo Werner’s poor form, Chelsea could have gone out with a bigger win.

Jurgen Klopp now has a massive job of realigning this side to winning ways. Missing out on Champions League football will be hugely damaging to the team.