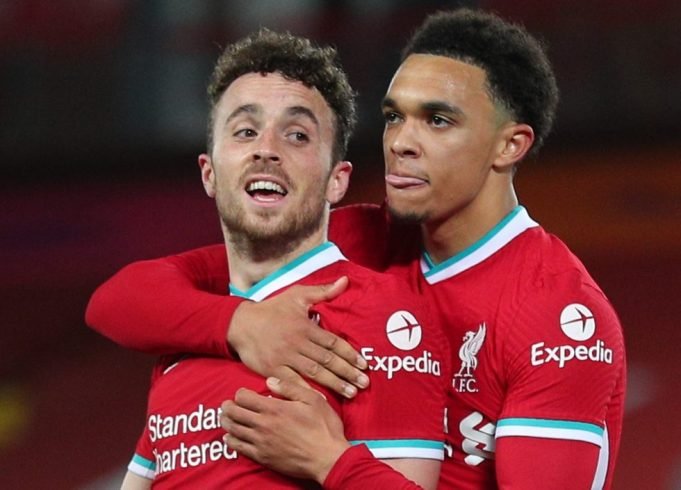 Alves is hailed as the best right-back of his generation with 37 major honours to his name.

Alexander-Arnold put in a stunning display against Arsenal on Saturday, collecting two assists. Richards told Sky Sports, “He is never going to be a great one-on-one defender like [Aaron] Wan-Bissaka.

“What he can do, you see Dani Alves, what he used to do, get really tight, press as soon as you can and don’t give the winger time to think about what they want to do.

“As soon as he can get that into his game, he’ll be back in the [England] squad, no doubt at all.”

Alexander-Arnold was dropped by Gareth Southgate for England’s World Cup qualifiers against Albania, Poland and San Marino. His rough start to the season seemed to have played a part in his recent selection.

But the performance on Saturday was an exact representation of what the 22-year-old is capable of. Richards’ comments of Alexander-Arnold having to improve defensively is not entirely inaccurate but harsh.

The Scouser has represented the Three Lions before and always pulls his weight in defence. Leaving him out would be a disaster for England’s future matches.