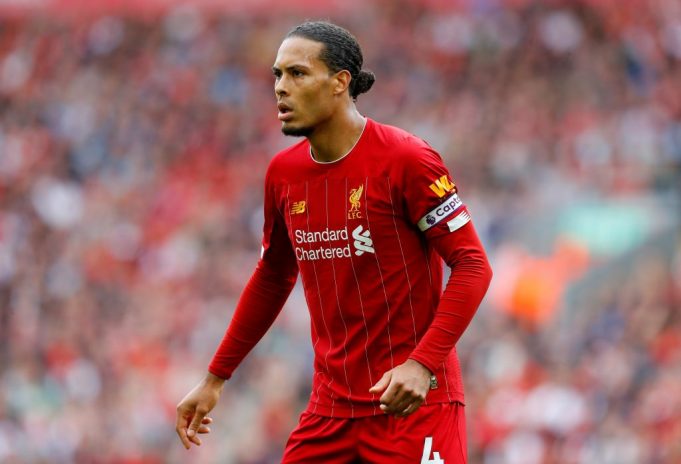 Liverpool ended their chances of becoming centurions through their own fault, according to Virgil van Dijk.

Alexandre Lacazette and Reiss Nelson drove it home for Arsenal, taking advantage of two key errors from the Dutchman and goalkeeper, Alisson Becker.

This means the Reds will not be able to break Manchester City’s points record this season. Jurgen Klopp fielded a relatively strong enough side to face ninth-placed Arsenal but his side could not get past their own mistakes.

“The goals we give them, as a present,” Van Dijk told Sky Sports. “Until their first goal I think it was totally us, we dominated, put pressure on them and we gave them two goals. Obviously then it’s difficult to come back. We created some opportunities, they tried to break at us on times but if you give the goals away like we did – including myself – then you get what you deserve.

“If you look at the goals then they shouldn’t happen, but until then there was nothing wrong. We played very well, pressed them, scored a fantastic goal. A moment of concentration, that happens in football sometimes as well, you have to deal with it and today, unfortunately, we had to deal with it twice.”

“It’s so easy to say that, it’s so easy to blame that,” he added. “If you watch the game, until I made a mistake, there was nothing wrong. We played well. I had a feeling we could win here, comfortably, at one point. But if you give them the goals, you see what happens. Unfortunately, I made the mistake. I take the blame for it, of course, I take it as a man and we move on.”

READ MORE: Top 5 Liverpool Goalkeepers With Most Clean Sheets Of All Time