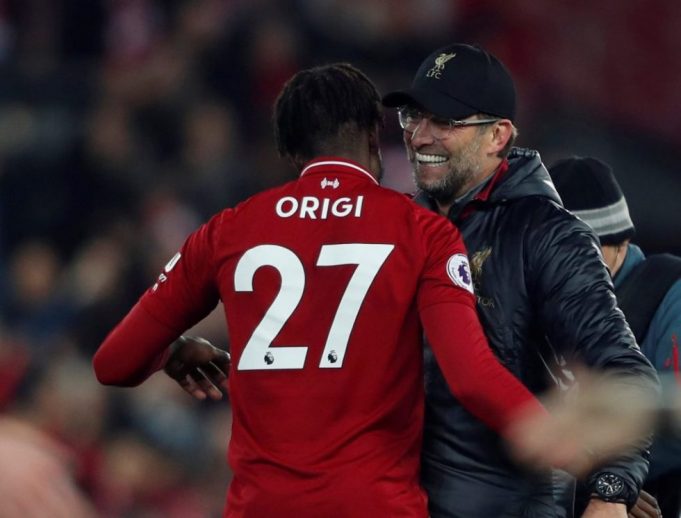 Liverpool have been urged to upgrade from a player like Divock Origi.

Former Red, Phil Thompson believes the Belgian needs to be replaced with somebody better, with more quality and one who can challenge Mohamed Salah, Sadio Mane and Roberto Firmino in the starting lineup.

Origi was signed for £10m in 2014 and he has made 134 appearances for Liverpool. The 25-year-old racked up 12 goals in his past two seasons as a backup forward, including the more important winning Champions League goal against Barcelona last term.

Thompson told Sky Sports, “I think he’ll give a realistic challenge to the front three. Mo Salah, Sadio Mane, Roberto Firmino – they look as though they’re set. We do have Divock Origi but I think everybody realises that he’s more of an impact player, for sort of the last 15, 20 minutes – but that’s not really good enough. We do need somebody a little bit better.”

Origi returned from his loan spell to WfL Wolfsburg to really impress Jurgen Klopp. He has been played in different positions in the front three and delivered in key moments for the Reds. Klopp even vocally expressed his fondness of the Belgian, how important he is to the squad. That is why the Reds signed him to an extension last year instead of selling him.

While Origi might not be the most glamorous star in the Liverpool lineup, he is an integral part of the team’s balance. There is no need to replace him but Klopp can always look to sign another forward.