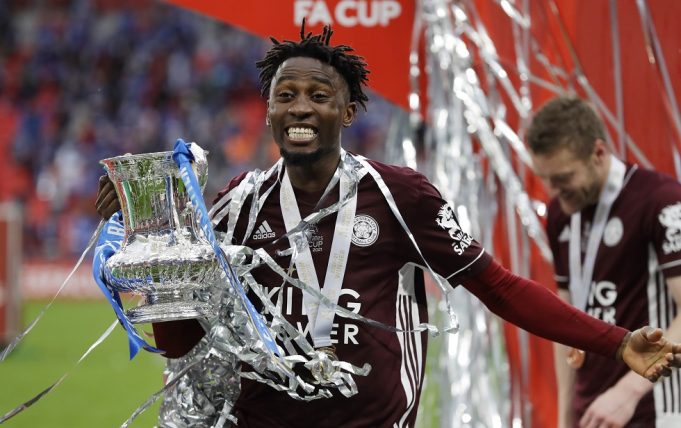 Leicester City’s Wilfred Ndidi is said to be on the market this summer.

English commentator, Martin Tyler believes he would walk into the Liverpool or any other top four squad.

“Wilfred first. I think any other team would sign him, that’s the best compliment that I can pay him,” the 75-year-old told Elegbete TV Sports (via All Nigeria Soccer).

“Any of the four teams above Leicester would sign him, he’s that effective at what he does.

“His stats are superb, he does it without upsetting referees too much, you know he gets the ball strongly and fairly, and that’s where everything starts from, you’ve got to have the ball to win the game, and he’s a great retriever of possession, and he’s a footballer as well.

Ndidi is definitely rated highly after his heroics in the Premier League for Leicester. The Foxes are reportedly close to agreeing a £15m deal for Boubakary Soumare of LOSC Lille. If Ndidi were to leave, the Frenchman could easily take his spot.

Liverpool are on the lookout for a replacement for Gini Wijnaldum but Ndidi might not fit their profile as much.

READ MORE: Top 5 Liverpool Players That Are Back From Loan – Summer 2021