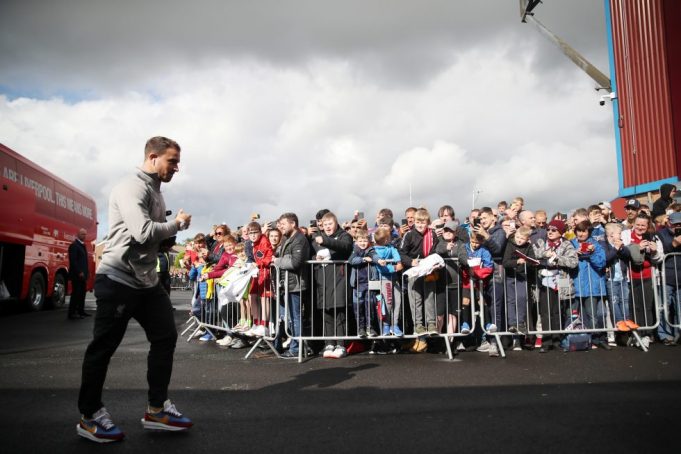 Xherdan Shaqiri is waiting to make a decision regarding his Liverpool future.

We have all seen Shaqiri’s minutes drown out ever since he moved to Anfield but overall, his impact has been positive.

He has made just 18 Premier League starts since making a £13m switch from Stoke City in 2018. That is bound to make any player of his caliber grow frustrated.

“At the moment, I don’t really want to talk about it,” he told Mirror Sport during his UEFA press conference. “I have a contract there and after the Euros, of course, I will talk to my agent. We will look at the situation and then we will decide how to proceed.”

Italy boss, Roberto Mancini singled out Shaqiri for some praise. He said, “I think Xherdan is a great player. He did what he needed to do at Inter, but unfortunately, Inter were still rebuilding at that time.

Switzerland manager Vladimir Petkovic said: “He showed a good performance but I also thought about the next matches where we need him and I wanted to create more stability in midfield.

“We became a little more passive but this is not only our fault because Wales had to risk more and they had to put in a stronger performance.”